TOP > About Us > Message from the President

Message from the President 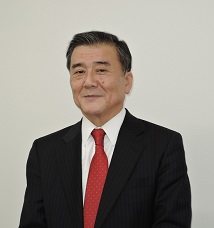 As a result, the conditions of the nuclear reactor and the primary containment vessel (PCV) interiors have been clarified by development of technologies for investigating inside the PCV and for utilizing cosmic rays to detect the position of fuel debris, while the technical issues that ought to be overcome have been also identified.

In ensuring the safe decommissioning of the Fukushima Daiichi NPS, IRID is committed to the responsibility of making steady achievements in R&D with respect to the reconstruction of Fukushima, and amassing knowledge from all over the world. Furthermore, IRID would like to contribute to the involvement of future generations through R&D.

We sincerely appreciate your kind guidance, continued support, and encouragement.