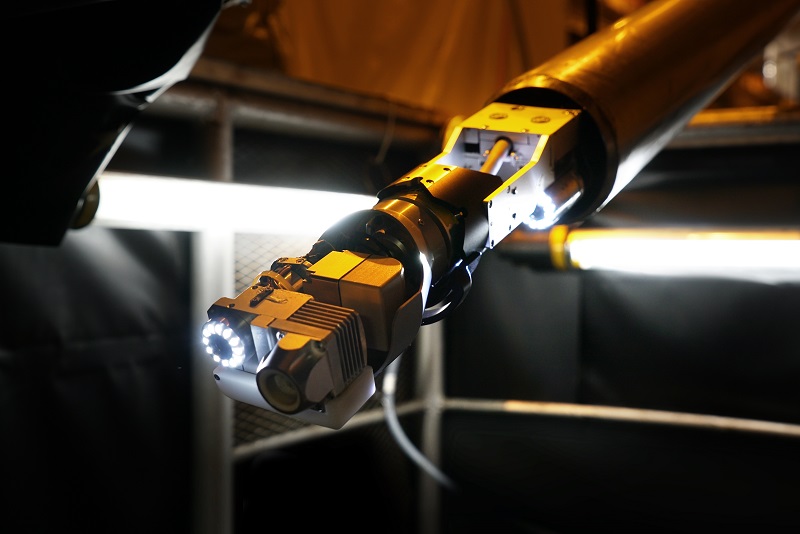 As part of decommissioning activities for the Fukushima Daiichi Nuclear Power Station (NPS), operated by Tokyo Electric Power Co. (TEPCO), an investigation device was developed to survey the internal conditions of the pedestal in the primary containment vessel (PCV) of Fukushima Daiichi NPS Unit 2. The investigation device was released to the media on December 22, 2017.