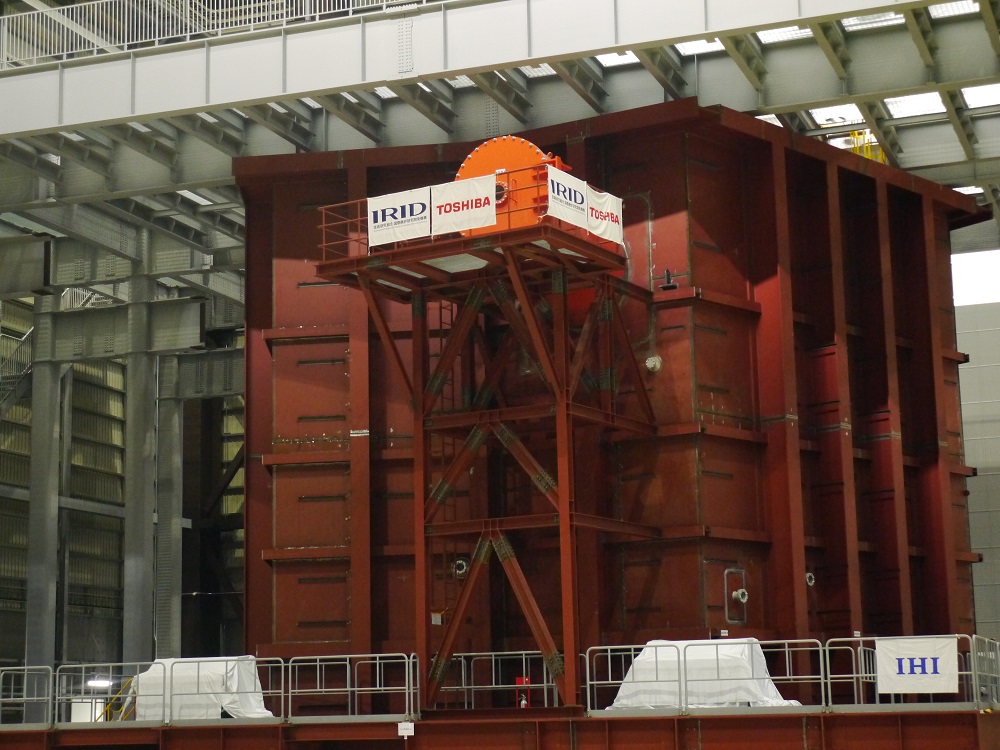 A full-scale mock-up facility* is now ready for testing purposes to establish technology for repairing water leakage points in the lower part of the Primary Containment Vessel (PCV).

* This test facility simulates vent pipes, the suppression chamber (S/C), and torus room wall found in the lower part of the PCV in Fukushima Daiichi Nuclear Power Station (NPS) Unit 2. The facility is of full-scale size, but represents a 1/8 portion of the circular S/C.

Between FY2014 and FY2015, IRID conducted a series of elemental tests (including tests of technology for strengthening S/C support columns and for the development of water stoppage methods, such as injection of material into vent pipes and filling of the S/C) in order to develop technology to repair / stop water leakage in the lower part of the PCV.

In addition to full-scale combined testing based on elemental test results obtained to now, IRID plans to use this test facility to collect knowledge and expertise in the development of technology to repair the lower part of the PCV, including confirming remotely operated procedure for on-site work. (Research period: FY 2016 – FY2017, two years in total)

[Future Developments]
The workability verification test for strengthening S/C support columns (using water as simulated reinforcement material) will start between November and December 2016. A series of full-scale tests for development of construction methods is planned for completion by the next summer of FY2017. We expect to publish updates accordingly when the test schedule is confirmed.